The other day my mom was on the phone and told me she had finally finished a quilt with blocks that had been laying around since the late 80’s. The blocks were given to her by a friend and she had finally sat down and assembled a quilt from them! Talk about UFO! 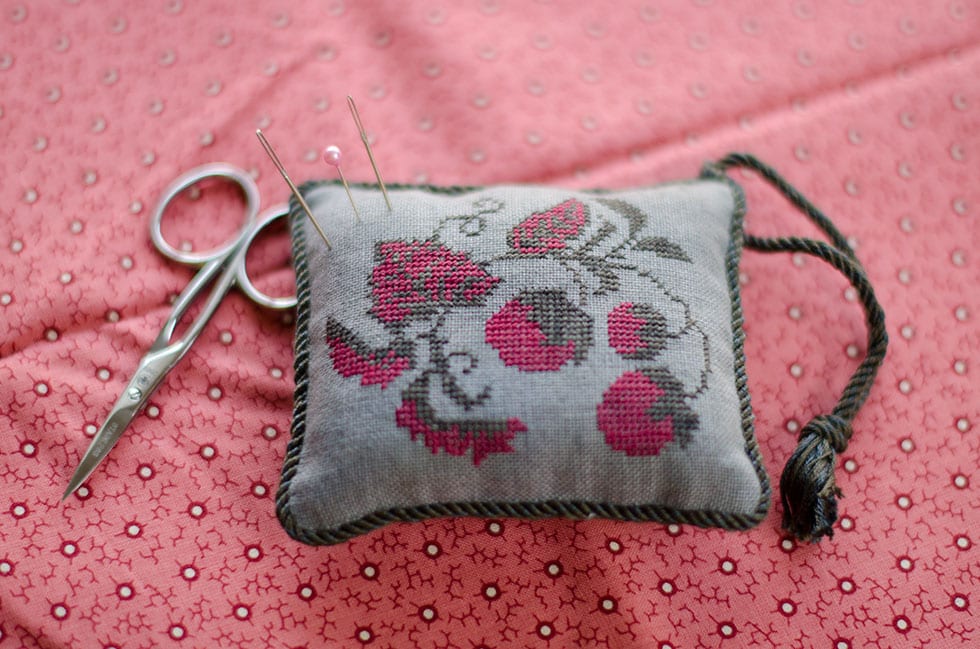 This made me look around my office at all the unfinished projects that are laying around. Some recent, many old. I really believe lots of UFO’s are a bad thing. When I am working on something these unfinished projects are always creating a pull and a distractios. It is like they have energy fields that are interfering with what I am doing….ehhhh….does that sounds a BIT new age?

Whether science agrees with me about this energy field theory, I decided to try to reduce my UFO number and attack an easy project first: Two small cross-stitched pieces that have been laying around since about 2004…seriously.

All they needed were to be sewn into little pillows, stuffed, and then I made some cording and sewed it on.

Now, instead of two UFO’s I have a cute Christmas ornament for next year and a new pin cushion. Much better than two silly UFO’s.

How are you feeling about UFO’s? Please share your own stories.

Here you’ll find beautiful supplies and other inspiration to make your project everything it can be. Shop now.

Dive into the details and go on a journey with me by investing in a quilting or embroidery tutorial of your choice.

Get to know me a bit better and let’s talk. My blog is full of updates, fun insights, and essential tips. Read more.